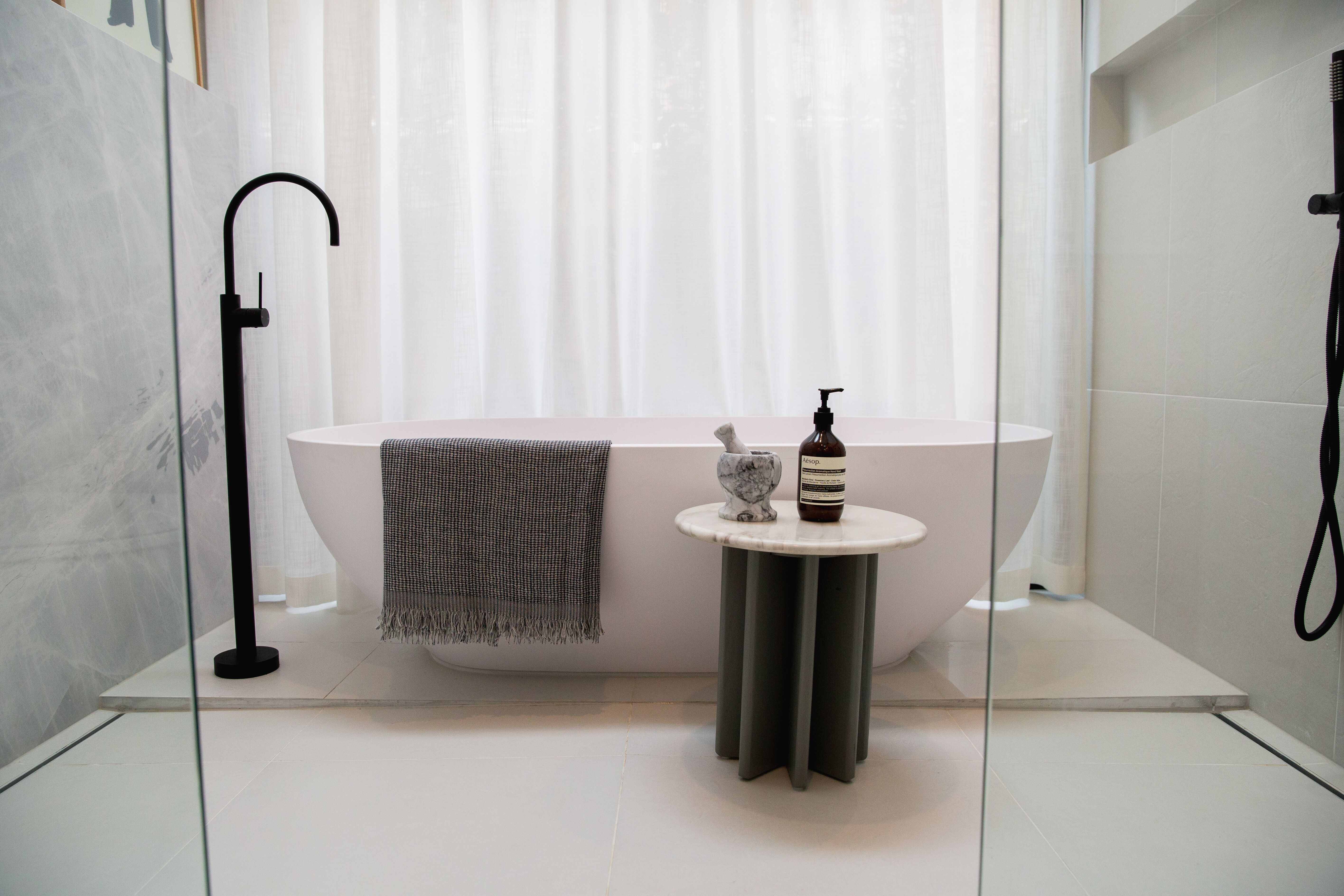 Step aside marble, onyx is the new must-have for kitchens and bathrooms – here’s everything you need to know

Onyx, with its intriguing patterns and colour combinations, seems to be cropping up in a growing number of kitchens and bathrooms right now. So is this stunning natural material set to take over from marble? We spoke to four design experts to find out.

What is onyx?
“Onyx is a type of marble that comes in many beautiful colours and exotic veining patterns,” says Allira Bell, a stylist at Temple & Webster. “But unlike classic marble, onyx is uniquely translucent, which gives it something of an ‘otherworldly’ appearance and highlights the richness of its many layers.”

“Designers have been using onyx for years as bold statement pieces,” says David Onesti, director at CDK Stone. “Its intricate colours and patterns make it visually distinct from other natural stones and as a result it’s very sought after.”

What’s the appeal?
Onyx is trickling into some of the most fashionable kitchens and bathrooms right now, says Ellen Thomas, designer for Batch collection, a new arm of Smarter Bathrooms+. “Although it’s not so trendy that it will be everyone’s go-to, which is a plus as it makes every space that uses it unique.“I’ve seen it popping up as one-off features on island benches and as a statement wall in the bathroom behind a bath or vanity. I’ve also seen it running from floor to walls in a bathroom, which creates a sanctuary-like feel. With the the mindfulness movement in full swing, I expect we’ll see more of this as homeowners move towards more organic, calming styles,” she says.

According to Bell, onyx works well on:

Phil Brenton, managing director of Artedomus, adds that onyx can be used on:

What colours does onyx come in?
Onyx comes in everything from soft and subtle colours (think pale greens and greys with subtle patterning) to all-out brights, says Thomas.“You’ll find onyx in reds, beige and honey tones, greens, greys and black – the list goes on. One of my favourites is dusty-jade onyx with bands of white, dark grey and burnt orange,” she says.

“We’re noticing an increase in the use of brighter and bolder colours,” says Brenton.

Tip: Consider a subtle-coloured onyx in spaces where you want to use it on more than one wall, such as a bathroom, or if you want a softer pattern but more colour than marble can give, suggests Thomas.

How do you style it?
“Onyx works best when it’s the hero of a space,” says Thomas. “It pairs well with finishes such as polished or brushed brass and black. I love grey onyx, for example, paired with a black sink or an island bench with black legs.“When you’re choosing what to put with onyx, look to pick up the colours in the onyx itself,” she says.

What sort of look and feel does it create?
“Onyx gives more depth and intricacy to a space than marble and is far more dramatic,” says Thomas.“Onyx is translucent, which gives it a three-dimensional appearance, and it can be backlit to create a striking visual effect,” says Onesti.

Will it take over from marble?
Not necessarily, says Thomas. “I think marble still has a long life ahead of it as a trend and onyx is almost a luxurious extension of that. The uniqueness and vast range of colours in onyx makes it harder to grasp as a ‘trend’.“I do see onyx continuing to rise in popularity, but not to the same extent of marble,” she says.

Can you get onyx look-alike materials?
Yes, you can specify manufactured products that look like onyx, such as porcelain tiles, pressed-porcelain panels and reconstituted stone, says Thomas.So is look-alike onyx a better option than the real thing? It depends on the application, says Thomas. “A look-alike tile would generally be best for a bathroom as it will be durable and low-maintenance, but benchtops can be either tiled or real onyx.

“Onyx is a natural product and while it looks fantastic it does have its drawbacks; it’s porous and needs sealing, and you also need to be careful with acids – so no lemon juice or vinegars. It can also be softer than a typical natural stone, so you need to be careful when you’re prepping and cooking,” she says.

What else do I need to know?
“Sealing onyx will protect it against dirt, grease, residues and oils,” says Onesti. “An impregnating sealant is best as it will also help preserve the natural colour of onyx.”“Onyx is also is susceptible to staining,” says Bell. “Try not to let anything acidic come into contact with it as dull marks or etches can form with just a little drip of lemon juice or a tomato-sauce spill.

“Onyx can be cleaned with water and a mild detergent,” she says.