8 Open-Plan Mistakes — and How to Avoid Them 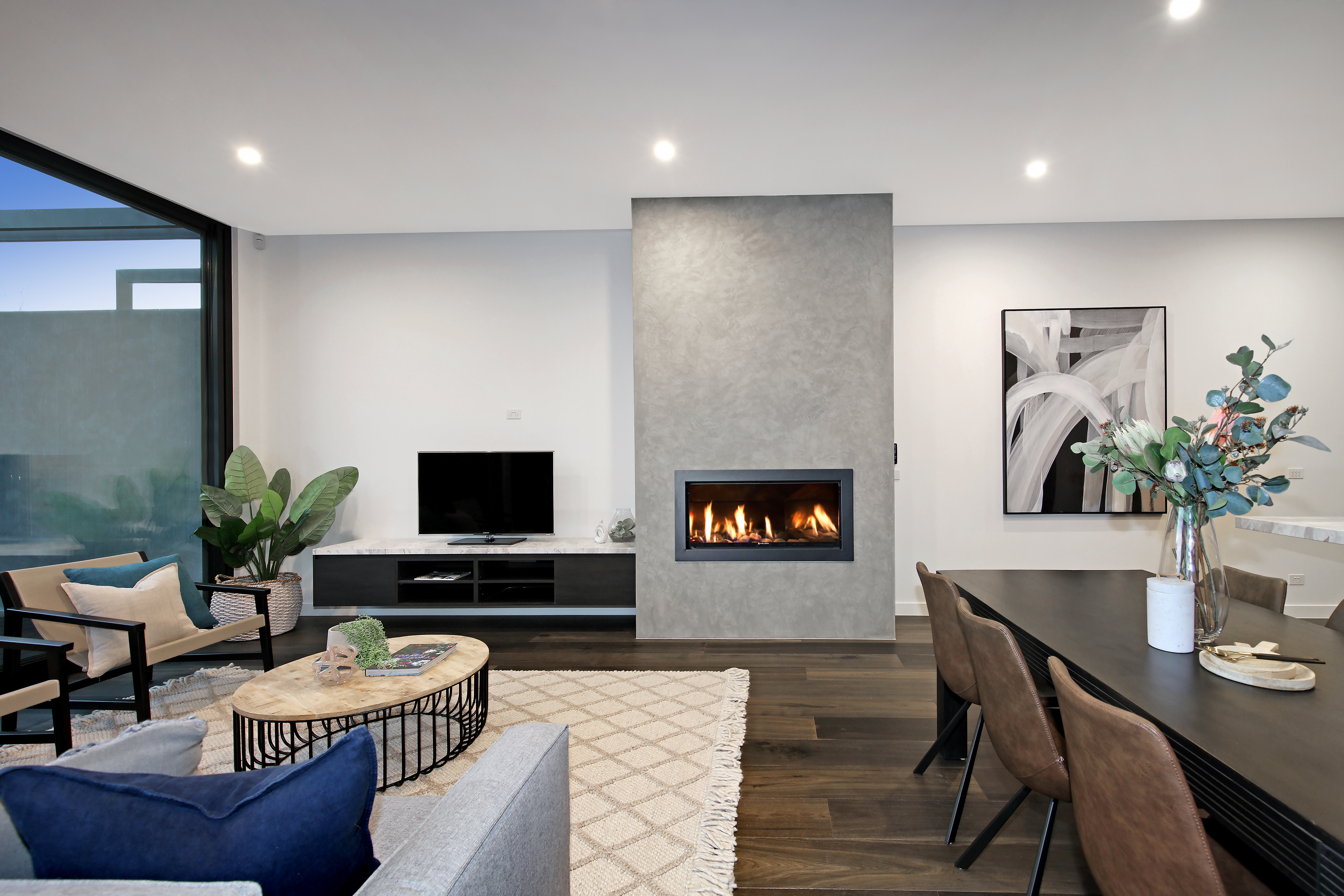 There’s much to love about relaxed open-living layouts. But they can be tricky to decorate

Whether you’re building, remodeling, downsizing or daydreaming, chances are an open-plan layout is high on your wish list. And it’s easy to see the appeal. Open-plan kitchen, living and dining areas feel relaxed and contemporary, and they make smart use of space and light. But with no defined borders and an unobstructed view through the space, open-plan rooms can be surprisingly tricky to decorate. We asked five design experts to share the most common mistakes people make when going open-plan — and how you can steer clear of them.
To fuel your decor ideas, we’ve accompanied this story with images of beautifully designed open-plan rooms

To be functional and visually appealing, an open-plan space needs to be zoned into separate spaces — for example, cooking, dining and relaxing areas. These zones essentially act as individual rooms within an open-plan space. At the same time, you want to have a sense of visual continuity among the zones, interior designer Kat Siketa says.

Solution: A simple way to define the individual areas is to move the sofa across the room to split it in half, Siketa says. Adding a rug under the sofa and a floor lamp or table tamps beside the sofa will give more definition to the living zone. Then, if you can, create a sense of continuity among the kitchen, living and dining spaces by using the same flooring throughout.

Tip: Add interest to your open-plan scheme by incorporating vertical layers. The best way to do this is to create different layers of height using floor lamps, pendant lights and potted plants.

2. Too Many Different Styles

Mismatched furniture and decor items can easily overcomplicate an open-plan space and make it look busy. The different elements in an open-plan space need to “speak” to one another as though they’re from the same family, without being too matchy-matchy or feeling forced, interior designer Kirsty Ristevski says.

Solution: Choose a style you love and that will work throughout your open-plan space, Ristevski says. Select furniture and accessories that vary in color and material yet still speak to one another visually (such as different shades of the same color).

Tip: Open-plan rooms tend to be noisier than closed-off rooms. You can help reduce noise levels by adding in softening elements such as curtains, rugs and throws.

3. Taking a Blanket Approach to Lighting
Lighting plays a hugely important part in setting the mood in a room, yet it’s often not considered early enough in the design process, Ristevski says. As a result, it’s often not located where it will actually be used. This makes it difficult to create ambiance within the individual parts of an open-plan space. It’s harder still to create atmosphere when lights aren’t on dimmers or can’t be turned on and off individually.Solution: Plan lighting and electrical elements at the start of the design project, Ristevski recommends. Think carefully about furniture placement and make sure lighting is positioned where it needs to be. For example, if the sofa is in the middle of the room, an electrical outlet may need to be installed in the floor.

Remember, there are fewer walls in an open-plan kitchen, living and dining space than in individual, closed-off rooms, so you need to be far more deliberate in your planning for elements such as electricity, lighting and television connections.

4. The Kitchen Doesn’t Suit the Space
You’ll often see open-plan spaces where the kitchen has no style relationship to the architecture of the house or the adjoining living area, interior designer Danielle Trippett says.Solution: Make your kitchen a considered part of the architecture of your home and the style of the living area right from the planning stage, Trippett suggests. When choosing elements for your kitchen — such as colors, cabinet styles and countertop and backsplash materials — ask yourself if they suit the design era of your home and the decor in the adjoining spaces.

Repeating the same colors and finishes in your kitchen and living spaces can help create a sense of cohesion between the two areas.

5. Too-Large Furniture
Furniture that’s too big for an open-plan space can inhibit the sense of flow and make the area difficult to walk through. Ideally, thoroughfares should be around 35 to 40 inches wide, Trippett says.Solution: Before you purchase furniture, see how it will look on a floor plan and make sure it gives you enough space to move around, Trippett says. If the open-plan room is small and you can’t find furniture to fit, consider having pieces custom-made by a designer to suit the dimensions of the space.

Also, seek out furniture that does double duty; a large, round ottoman, for example, can be used as a coffee table and provide storage, freeing up precious space.

6. Following the Same Old Rules
Often when people downsize and move to open-plan living, they take their old furniture and decorating ideas with them. Many people don’t take into account the fact that open-plan layouts are quite different from closed-off rooms and that the space may be smaller than what they’re used to, says interior designer Agnes Sweijer.People often use the same color schemes they had in the kitchen, living and dining areas in their old home, despite the fact that these areas are now part of one continuous space rather than separate rooms. As a result, the new space can feel cluttered and uncomfortable and the decor can clash.

Solution: Rather than trying to re-create the look of your previous home in your new open-plan one, look at the new area with fresh eyes. Start by applying a neutral color to the walls in the living, kitchen and dining areas, which will give you a solid base and create a sense of flow among the zones. Then add in one or two supplementary colors, which you can use in different strengths and shades for the finishes and furniture in the three areas.

7. Poor Furniture Placement
Badly positioned furniture is an all-too-common mistake in open-plan spaces. The issue comes down to decorating principles. The rules for decorating an open-plan space are different than those for sequestered or closed-off rooms, Sweijer says.Traditionally, a sofa or storage unit would be pushed up against a wall to maximize floor space. But doing this in an open-plan space can make things feel cold and sparse — a bit like an open sea.

Solution: Be open-minded about the placement of your sofa (which is generally the main piece of furniture in an open-plan living space), Sweijer says. Try putting it in a spot where there’s no wall behind it, such as the middle of the room. Or consider having two sofas opposite each other or one sofa and an armchair or two rather than the traditional three-piece setting. If you’re buying a new sofa, consider choosing one with a low back that will allow for a clear sightline through the space.

If you’re using your existing furniture, consider paring it back to the essentials so things don’t feel cluttered. If space is tight, consider swapping some pieces out. You might choose to replace your second sofa with a slender armchair or two, or swap a large coffee table for compact side tables that won’t swallow up space.

8. Using Too Many Different Materials — or Not Enough
Finding the right balance for the types and number of materials in an open-plan room is tricky, and it’s something a lot of people get wrong, says Anna-Carin McNamara, interior architect and principal at Anna Carin Design. They’ll often use too many different materials and finishes in an open-plan space, making the area look busy; or they may not use enough, which can leave the room feeling dull and flat. You want an open-plan space to feel simple and cohesive in its aesthetic, but interesting too.Solution: Space planning is the key. Spend time getting the setup right and visualizing how the room will work and look before you decorate, McNamara says. Start with a plan, then an elevation or a three-dimensional model. When it comes to the right number of finishes for an open-plan room, it’s generally wise to use no fewer than three and no more than five.

And remember, when choosing finishes it’s important to create a balanced look. If, for example, you have a lot of hard materials, such as stone, in the kitchen, balance them out with curves and warm materials, such as wood, in the dining and living areas.

Tip: Don’t plan for open shelves in an open-plan space unless you love styling.